There are plenty of reasons to lease an electric vehicle. Slashing your motoring costs. Saving the planet. Saying goodbye to huge maintenance bills. So, once you’ve decided that an electric car is for you, comes the big decision: which model is the perfect fit for you? There’s a combination of factors to consider. Look and feel, of course, top speed, running costs and range between charges are all important.

Cost per mile: Can be less than 1p per mile on Octopus Go

The latest version of the Tesla 3 hit the streets in early 2020. It represents the fruition of Tesla’s plan to bring affordable electric vehicles to as many people as possible. It shows the ultimate pursuit of reducing costs.

It’s only the fourth car Tesla has ever built, and the third car they’ve built from the ground up. You could say, it’s a Ford Focus family Saloon essentially, for four people, with top of the class safety standards. It is a vision of what car-building could be rather than what it has been.

It has one of the lowest drag coefficients on the market, which means it encounters little resistance and is beautifully streamlined. It’s got some nice lines, but it’s very much a tool for what it’s doing as a family saloon. People either love it or hate it, it’s not everybody’s palate and it doesn’t quite shout future car, but each to their own. Solid, safe and dependable.

The Model S is the second car Tesla ever built and the first one from the ground up (as the Roadster, the first car Tesla released, was built by Lotus). This was the car that kick-started the electric vehicle revolution. It was released in 2012 and there’s still not another manufacturer on the market that builds a comparable car in terms of range, safety or performance.

It’s a very desirable car, but it has a price tag to go along with that. This really is at the prestige, high-performance end of the market, and is very aspirational, though I can see why! It also has unparalleled range – a new Model S should be able to do about 370 miles on a single charge.

Model S is also the fastest accelerating production car ever built doing 0-60mph in just 2.4 seconds, which is pretty astonishing and a great fact to counter petrolheads’ scepticism about electric vehicles’ performance capabilities.”

Cost per mile: 2p per mile on Octopus Go

Acceleration 0-60mph: 2.7secs (about as fast as the Ferrari LaFerrari supercar)

This is an SUV-come-people carrier in the style of Tesla’s sister vehicle the Model S. It’s essentially a Model S on stilts, a Model S with more space for more people.

“It’s range is good, though not as good as Model S. Model X will never compete with Model S in range because of its size, because it’s heavier so the battery is having to work a lot harder. That said, you can get 200 miles easy out of Model X.

“So it could work as a family vehicle, if you want to take the kids down to Cornwall from London, say. It’s like your Range Rover competitor. Also, and this applies to all the Tesla models, service stations have normal chargers and Tesla Superchargers, which are really, really fast. You’ll get 120 miles in about 20 minutes. The new ones, you’ll get 100 miles in under eight minutes. So it makes it very practical to use it for those sort of holidays that I’ve just mentioned. You can even fit a 12ft long surfboard in there!

Cost per mile: less than 1p a mile on Octopus Go

Acceleration 0-60mph: 7.1seconds (about the same as a Mini Cooper S)

The i3, a brilliant little city car built very much with design at front of mind. It’s very stripped back so it’s incredibly light for an electric vehicle. It will seat four people happily, but it is more geared towards city driving than long distance.

“You can still achieve long distance in it, but it’s a thing of beauty and joy. It has that innate BMW feel to it; it’s rear-wheel drive, and if you don’t treat it the way it wants to be treated it will punish you. Or to put it more accurately, if you don’t handle it well you won’t get the full response from it. It’s a driver’s car, in a nutshell.

“It’s aspirational, it’s aimed at urban professionals and couples rather than families.

Cost per mile: 1.4p per mile with Octopus Go

This is a normal car, that’s the easiest way to put it. It is an electric vehicle that is actually a normal car. If your friends and family got in it and didn’t know it was a Nissan Leaf, they wouldn’t be able to tell it was electric until it drove away.

“And it’s the only one capable of V2G (vehicle-to-grid), meaning you can store energy when it is cheapest (00:30-04:30am) and sell it back to the grid when it is most expensive (typically, in the early evening). Octopus offers the Powerloop Bundle, which means you can lease a Nissan LEAF and they will supply a home charging kit free of charge. Plus they will supply your energy and sell back any surplus on your behalf.

Volkswagen are going all-in when it comes to electric vehicles. The company has announced a whole new family of electric vehicles that will probably include a new campervan and possibly a dune buggy. This means we might see the trusty Golf disappear in the next five or ten years, but it’s still a model to be reckoned with for now.

E-Golf is tradition and future technology blended. It’s the trusty Golf you’re used to but with an electric motor powering you along instead. Volkswagen is one of the largest producers of cars in the world, and you can feel that solidity and heritage in everything they build. The quality and sturdiness of everything is always so high and everything feels really tight.

All in all, this adds up to make the e-Golf a dependable and welcome stopgap before their dedicated all-electric range hits the roads.

Around 149 miles range on a full charge is enough for all your normal day to day driving, and great price points designed to shift units, this is the EV for people that are also looking for a bit of familiarity. It’s the car you love, now made for the plant you love.

Cost per mile: 2p per mile with Octopus Go

This is the first mass-scale car from a major high-end manufacturer. It’s really impressive because to me or to somebody that’s not into motor racing, “Jaguar has always been at the forefront of new forms of engineering. Jaguar’s history centres around bringing amazing new technology to motor racing and then bringing it to real cars. They were the first manufacturer to use disc brakes on a race car (in the 1953 Le Mans) and they built the D-type race car around this that dominated in the late 50’s. Jaguar has a history of bringing through new technology.

So I-PACE is blazing a trail in a similar way? It’s a high-end performance car, a thing of beauty, with the latest technology. It’s not positioned to compete with Model S or Model X, it sits between the Model 3 and the Model S.

It’s lost none of it’s premium, executive feel, however it is brimming with tech. Its new thermal-harvesting technology is taken straight out of its Formula E race car design, meaning it will draw heat away from the battery to help warm other parts of the vehicle. It is one of the most thought-out cars on the road today. A premium, all-round powerhouse, and it is rightly getting a lot of buzz and attention at shows and events.”

Cost per mile: 1.6 per mile with Octopus Go

Here, Nissan have used the base of the Nissan LEAF to create an amazing van, with the same capabilities as it’s petrol cousin. It comes as both a van and a people carrier, allowing it to be part of a wider plan to help you change your entire fleet. With fewer moving parts and less maintenance needed, it can help keep costs low for your business too..

“And in something that feels like echoing the past, the ENV200-Combi (the people carrier) is being used in New York as taxis, and it is a little-known fact that at the end of the 19th century, taxis in New York and London were also electric. So the wheel has come full circle…”

The money-no-object performance car developed on the Nürburgring Nordschleife and at the iconic 24 Hours of Le Mans. Taycan Turbo S is a race car at heart, with cutting edge driving tech that also looks utterly stunning. This isn’t a token gesture – Porsche has been developing this car for five years. They have committed to $6bn of spending to bring electrification to one out of two of all Porsches in the next six years. The factory in Stuttgart, Germany, is 100% carbon-neutral. With 270kWh-charging available, this is the car for dropping the kids off at school, heading for a track day at Spa Francorchamps, then driving you and your partner to Geneva for a candlelit dinner. Taycan isn’t just an “electric car”; it is a Porsche. It’s simply that it is a Porsche that happens to be electric.

With many Chinese companies having bought up the names of classic marques to offer amazing tech at amazing prices, all wrapped up with a traditional bow – one such example is the MG ZS EV. An electric family SUV that takes on the Qashqai and similar family runarounds. But they’ve done it with an incredibly entry price too for an electric vehicle, making it perfect for the school run, shopping and taking the bikes to the local country park at the weekends.

As with all big purchase decisions, there are a lot of things to weigh up when choosing to go electric. Octopus EV provide you with independent, impartial advice to help you make the right decision for you. If you’re ready to join the electric car revolution, or even if you’re just thinking about it, get in touch and let them help you along the road. 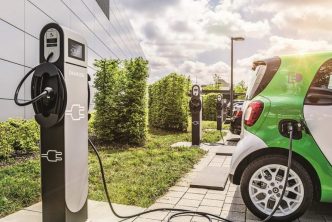 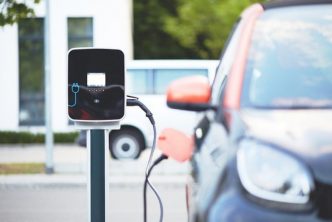 An Introduction to Electric Vehicles 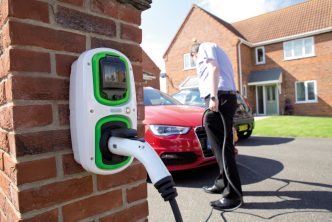 If you have any questions about your travel options to or from Newcastle Great Park, we are here to help.